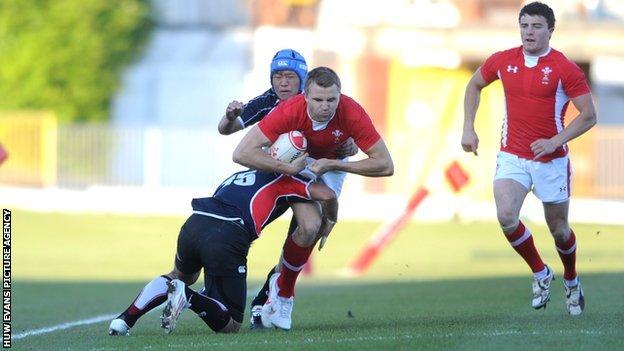 Wales Under-20s warm-up for next month's IRB Junior World Championship in South Africa with a 19-try romp over Japan U20s at St Helen's in Swansea.

Bridgend and Ospreys wing Luke Morgan was the first to cross the try line for Wales after five minutes.

Wales added a further seven tries before half-time, although wing Kentaro Kawahara did reply for the visitors.

Coach Danny Wilson said: "I am delighted by the way we stuck to our game plan and kept our shape. It was a clinical performance with some great tries which proved the level of potency we have in our backs.

"To be fair to Japan they never gave up and provided us with the sort of workout we needed leading into a tough Junior World Championship group."

Wales face Fiji in their opening game on 4 June in a group which also features holders New Zealand and Samoa.