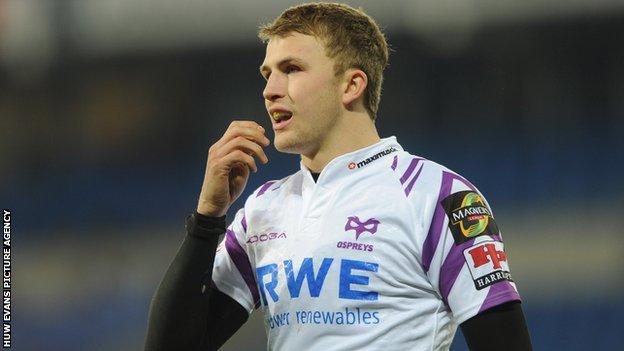 Prydie, 20, moves from the Ospreys having spent much of the 2011-12 season on loan at London Wasps with four Wales caps to his name.

Twice-capped Evans, 23, moves from the Scarlets to Rodney Parade.

The pair come in following the departures of Aled Brew to Biarritz and Martyn Thomas to Gloucester.

Prydie, who can play wing and full-back, has seen his career stall at the Ospreys amid the emergence of Hanno Dirksen and Eli Walker.

That prompted a loan move to Dai Young's Wasps in January 2012 with seven first-team appearances in the Aviva Premiership.

He became the youngest player in Welsh Test history against Italy in the 2010 Six Nations, aged 18 years and 25 days and went on to become the nation's youngest try-scorer against South Africa three months later.

Prydie makes his Wales Under-20 debut against Japan at Swansea's St Helen's today [Tuesday, 15 May] and has considerable Wales Sevens experience.

He said: "This season has felt a bit stop start, particularly at the start of the season so it will be great to have a fresh start and a bit of consistency.

"There is a lot of potential at the Dragons and hopefully we can be very competitive next season."

Full-back Evans, made his two Wales appearances on the 2009 summer tour to north America while Wales' front-line players were on British and Irish Lions duty in South Africa.

He said: "It's exciting to be joining a squad with the amount of young talent that the Dragons has at the moment."