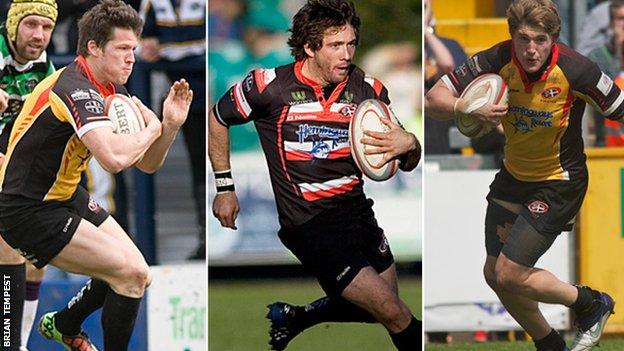 Cornish Pirates have secured the services of Phil Burgess, Jonny Bentley and Grant Pointer for the 2012-13 Championship season.

Back-row forward Burgess, 23, has impressed this season, scoring a try in the Championship semi-final second leg loss at Bristol.

Experienced fly-half Bentley has had a torrid season with injuries.

The 25-year-old has only played three times this season after suffering abductor and Achilles injuries.

Pointer, 24, who can play at either full-back, centre or wing, has played 30 times this season - more than any other member of the Pirates squad.

He has also scored eight tries, including one in the first leg of the Championship semi-final against Bristol.