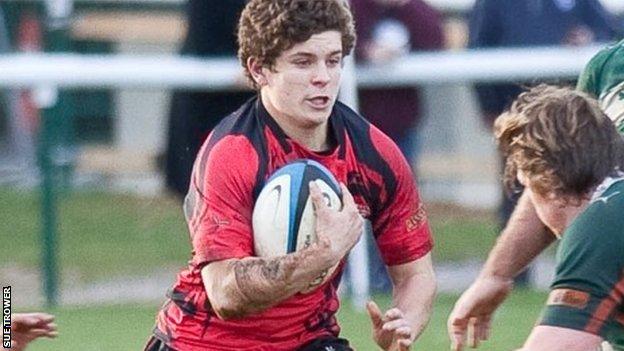 Jersey may have to send their best youngsters away to colleges in England to get them ready for the Championship.

Director of rugby Ben Harvey says it will be harder for the likes of Chris Levesley and James Voss to make the first XV next season.

"With James Voss it's whether we send him off to a college to play week-in, week-out or we retain him, condition him and play him for a few games.

"He's clearly got a huge talent and the same with Chris," Harvey said.

It's a lot of tough love in professional sport, these players are not necessarily going to come in and play each week

While Jersey were able to blood youngsters in National One and National Two South, Harvey says the fully-professional Championship will prove a much more difficult league to give young players their first taste of first team rugby.

"It's a lot of tough love in professional sport, these players are not necessarily going to come in and play each week.

"We need to support the academy as best we can, we're looking at that at the moment, making sure we've got strength and conditioning back-up from 13 upwards, making sure the coaches get as professional as they possibly can do," he told BBC Radio Jersey.

Following the team's promotion, their fourth in five years, Harvey believes sending youngsters off-island to hone their skills may be the best solution.

"We have to identify talent, we've said we'll go as far as the best Jersey-born and when we do identify that talent we need to give it every opportunity to come through.

"It's important that if someone like James was to go off to somewhere like Hartpury College you'd say to James, 'go and enjoy your rugby, train hard, work really hard at Hartpury' and I've got a written agreement that they pass him back to us and not send him to Gloucester.

"You'd think that the best Jersey-born lads leave and then return," Harvey added.