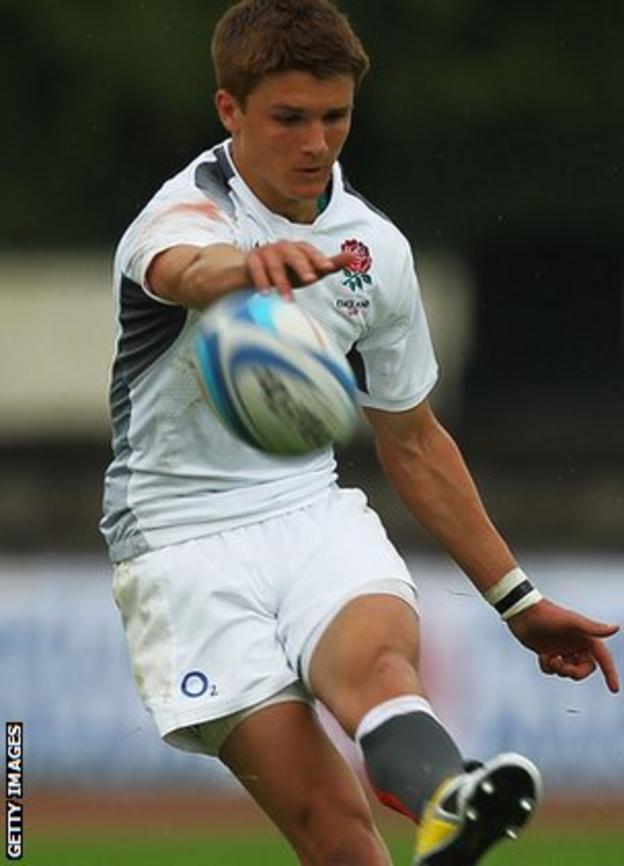 Slade is one of three Exeter players, along with Luke Cowan-Dickie and Sam Hill, picked for England.

The reigning Under-20 Six Nations champions are in a group with the hosts South Africa, Ireland and Italy for the tournament which begins next month.

"We proved in the Six Nations, with many players out playing first team Premiership rugby, we still managed to pull through as Six Nations champions even without that front line best."

England lost to New Zealand in least year's final and Slade says the sport's world powers will again be the teams to beat in South Africa.

"Throughout Junior World Cup history New Zealand have won every one so obviously we'll expect them to be strong.

"South Africa are in our group and they will be a strong side, you never know with Australia, we've not played them at this age group for a while and France, who just pipped us in our Six Nations clash, will be hard as well."

This is Slade's first season in England's Under-20s elite squad but while he has played behind current IRB young player of the year George Ford the Leicester prodigy's absence from this summer's Championship should afford him more game time.

The 19-year-old was one of five Exeter players in the England Under-18s side which beat Australia in Sydney last summer and he says that experience will help him and the side in their quest for glory in South Africa next month.

"We played at great pace up there and in the final game we blew Australia away.

"It was just a case of we wanted it really badly, we got out there, got in the correct mindset and we didn't feel like we were going to lose.

"If we carry that into this World Cup then we'll have a great chance."