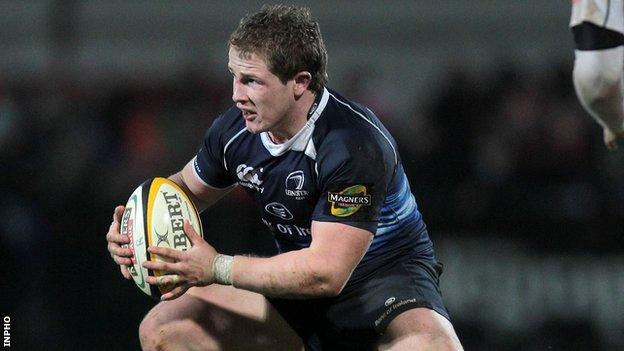 Harris-Wright, 24, has spent this season at Bristol after moving to the English club from Leinster last summer.

The hooker was a product of Leinster's Academy and his 11 appearances for the Irish province included an outing in last year's Heineken Cup final.

Connacht have also given a one-year professional contract to 26-year-old Galwegians back Brian Murphy.

Harris-Wright's inclusion next season will strengthen the depth at hooker with the experienced Adrian Flavin and Ethienne Reynecke already in the squad.

The hooker was part of Ireland's Under-20 World Championship squad in 2008.

Murphy, who can play at full-back or centre, was voted Connacht club player of the year this season after an impressive All-Ireland League campaign for Galwegians.