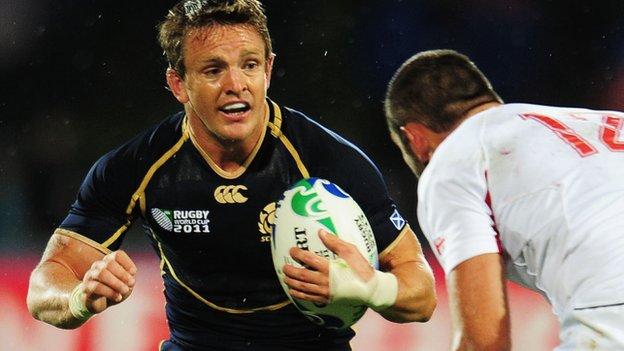 The 31-year-old, who has been at Gloucester since 2006, has played 30 times for his country, captaining them on five occasions.

Lawson is the club's third signing this week following the capture of second rows Scott MacLeod and Carlo del Fava.

He played 151 times for the Cherry and Whites but was destined to leave after they signed All Black Jimmy Cowan.

Newcastle stand to be relegated from the Premiership this season after finishing bottom of the table earlier this month.

But they could yet be reprieved depending on what happens in the Championship play-off final.

If Cornish Pirates win the two-legged decider Falcons will be safe as they have not applied to join the top flight, but London Welsh could be promoted if they win and if their business model passes the necessary Premiership-standards audit.

But the north easterners will be led by incoming director of rugby Dean Richards from next season and Lawson, the grandson of the late BBC rugby commentator Bill McLaren, is relishing the prospect of joining them.

"Newcastle's form towards the end of the season was strong and there is a lot we can build upon for next year to move the club forward," he said.

"Having met with (owner) Semore Kurdi, it is clear that the Falcons have significant resource and intent to build a successful club in the north east, and the appointment of Dean Richards can only enhance that."

Lawson added: "I want to thank the supporters at Gloucester for their fantastic support over the last six seasons. I greatly enjoyed my time at Gloucester and look forward to turning out for the Barbarians at Kingsholm at the end of the month."