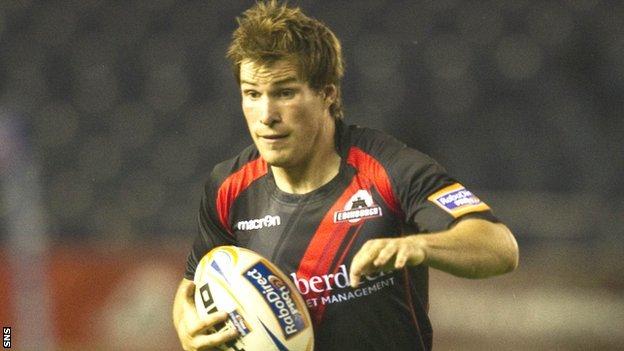 Scotland fly-half Phil Godman has signed for London Scottish after being released by Edinburgh, the team he joined from Newcastle Falcons in 2004.

Godman, 29, with 23 Scotland caps, suffered a knee injury which kept him out of much of the 2010/11 season and scuppered his World Cup hopes.

He kicked the match-winning drop-goal as Edinburgh beat Racing Metro on their way to the Heineken Cup semi-final.

"I'm excited to be joining a club with such a prestigious history," he said.

"Obviously, with its Scottish heritage, it was a definite attraction for me.

"After a few injuries recently, I'm looking forward to kick-starting my career and getting on the pitch for London Scottish."

London Scottish finished ninth in the 12-team Championship this season.