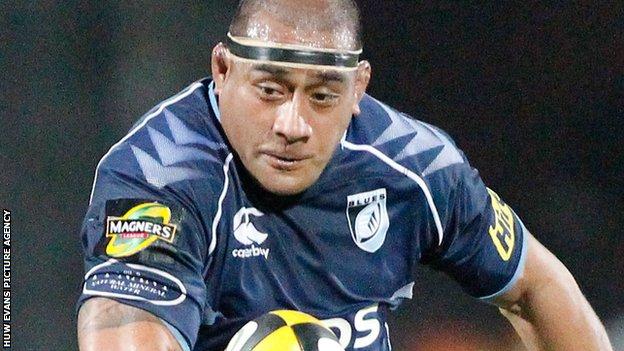 The 34-year-old prop joined the Blues from Bath in May 2006 and has made 130 appearances for the region.

Filise had been expected to be among the players to leave the region at the end of the season.

"I am delighted that the Blues have managed to retain a player of Fau's quality for the forthcoming season," said director of rugby Phil Davies.

"He has shown over a number of years how valuable he is to the team and to have someone of his experience will be a huge asset next season back at the Arms Park."

Filise has also played for Bay of Plenty in New Zealand and the Auckland Blues Super Twelve side where he played alongside Blues team-mate Xavier Rush.

The Tongan international represented his country at the 2007 and 2011 Rugby World Cups and has won the EDF Energy Cup and Amlin Cup during his time with the Blues.

Filise had originally been expected to leave the Blues along with Martyn Williams, Deiniol Jones, Gethin Jenkins, Ben Blair and Casey Laulala.

He is the latest player to commit to the Blues after Wales wing Alex Cuthbert signed a new one-year contract.