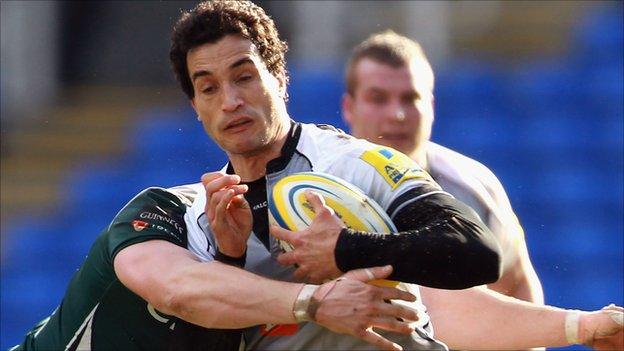 Newcastle Falcons have re-signed Tongan three-quarter Tane Tu'ipulotu for the 2012-13 season following a spell in Japanese rugby with Yamaha Jubilo.

Tu'ipulotu spent three seasons with the Falcons before his departure in the summer of 2011 scoring three tries in 52 Premiership games.

"I am truly grateful," the 31-year-old told the club website.

He is the Falcons fourth signing in a week along with Rory Lawson, Carlo del Fava and Scott MacLeod.

Tu'ipulotu was one of three senior players to depart Kingston Park last year, along with Springbok international Gcobani Bobo and Fillipo Levi.

However with former coach Alan Tait subsequently replaced by Gary Gold, and now Dean Richards at the helm, much has changed at the club on and off the field.

"When I initially left the Falcons for Japan it was a very hard decision for me and my family to make," the former Junior All Black added.

"During my time away Semore Kurdi has taken over the club, and it is great to see the progress that has been made under his leadership, especially with the appointment of Dean Richards as director of rugby.

"My family and I cannot wait to be back in Newcastle and I am looking forward to being part of a team that strives to perform to the expectations of its loyal supporters."

Falcons are still unsure if they will be relegated from the Premiership after finishing bottom of the table this season.

If the Cornish Pirates win the two legged Championship final Falcons will be safe because the Penzance-based outfit have not applied to join the top flight.

The other finalists, London Welsh, are still awaiting the outcome of an audit of their business plan for life in the Premiership - the outcome of which is expected before the first leg of the final on Wednesday, 23 May.