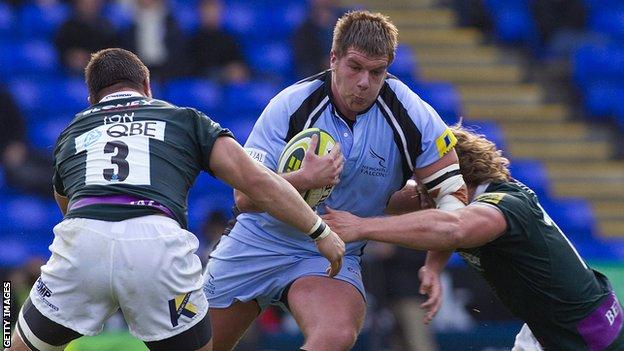 "Darren is a good, young prop who has Premiership and European experience," said boss Mike Rayer.

Atkinson, 22, who can also play inside centre, started his career at Sale and has spent time at Wasps.

He put in an impressive performance against Bedford earlier in the season, in a game the Blues won comfortably 55-6.

"Anyone who was at Moseley Road last season will know what Mark can do given the tiniest amount of space and I look forward to seeing him in action in a Blues shirt soon," said Rayer.