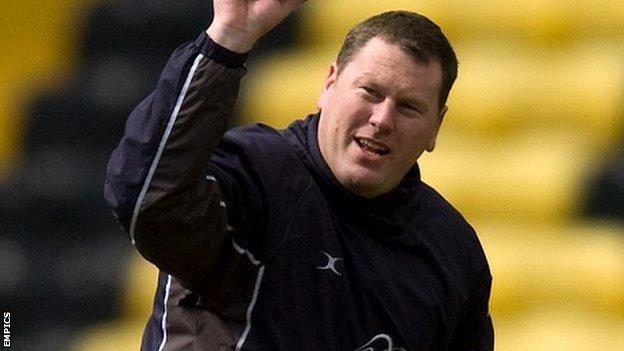 London Irish have continued the revamp of their coaching team by bringing in Nottingham director of rugby Glenn Delaney as forwards coach.

Smith said: "It's great to have Glenn. He is a former player who is aware of the values and traditions of the club."

It's with a heavy heart I'm saying goodbye, but the opportunity with London Irish is a fantastic one

Smith added: "Glenn was also a part of the triumphant Powergen Cup winning side in 2002 so he can pass his experiences onto the new London Irish squad who are keen to replicate Glenn's generation's success."

Delaney, who played for Nottingham before moving to London Irish, returned to the East Midlands club as a coach in 2004, before taking over as director of rugby in the 2005/06 season.

"It's with a heavy heart I'm saying goodbye, but the opportunity with London Irish is a fantastic one," Delaney said.

"I have a huge affinity with Nottingham as a player, but also as coach and director of rugby.

"The last seven years have undoubtedly been the highlight of my rugby career to date."

In the meantime, former director of rugby and current chief executive Simon Beatham will take over rugby matters.