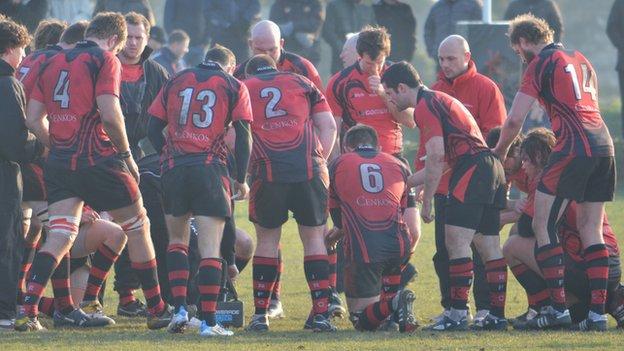 Jersey have signed lock Rob Anderson from Rosslyn Park for their inaugural season in the Championship.

The 25-year-old played 26 times for the London side last season.

He has experience of English rugby's second tier having spent two years with Esher between 2009-11.

"It's a good move for him to play in the Championship and it's a challenge he's definitely capable of succeeding in," Rosslyn Park director of rugby Shaun Justice told BBC Sport.

"He had two very good games against Jersey last season and I think Jersey will do well from having Rob on board," Justice added.

Anderson played five times for Esher in the Championship in 2010 and his former boss says now is a good time for him to make the move to Jersey.

"Rob's at that stage of his career where he's just finished university so taking a risk and moving now is a good time.

"Jersey have helped him on the work front and he's managed to get himself a reasonable job out there and it's an opportunity to concentrate on his rugby a bit more than if he was working and playing in London."

Jersey have refused to comment on whether or not Anderson has joined their squad for next season.

"Ben Harvey intends to give established squad members the chance to meet all new signings at pre-season training before any announcements are made," a club spokesman told the BBC.