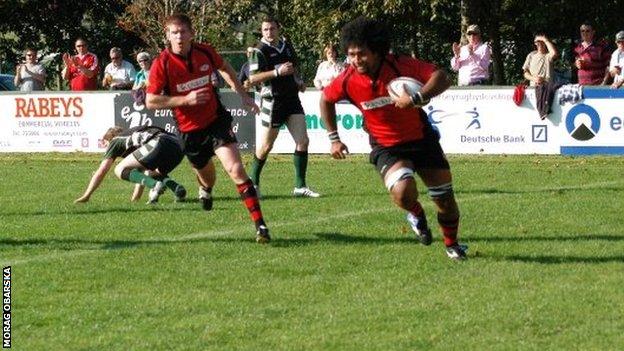 Former Jersey captain Talite Vaioleti has rejoined the island side after two seasons away from the club.

The 31-year-old Tonga international left Jersey to play for Wharfedale in June 2010 before moving to Rotherham last season.

He made eight appearances for Rotherham in the Championship, but did not start a match in the competition.

Also re-joining the club is Jersey-born prop Ross Kenwright after a year away from the sport.

Kenwright, nicknamed 'Cubie', made two substitute appearances for Jersey in National One last season having been an established member of the Jersey side that won London One, National Three London South East, and National Two South from 2009-2011.

"I'm delighted to have players of Vee and Cubie's calibre re-joining the squad," said director of rugby Ben Harvey.

"They will be a real asset to the club and provide the strength-in-depth required as we step up to the higher level."

Vaioleti led Jersey to the National Three championship final win at Twickenham in 2010, the only time the club has played at the venue.