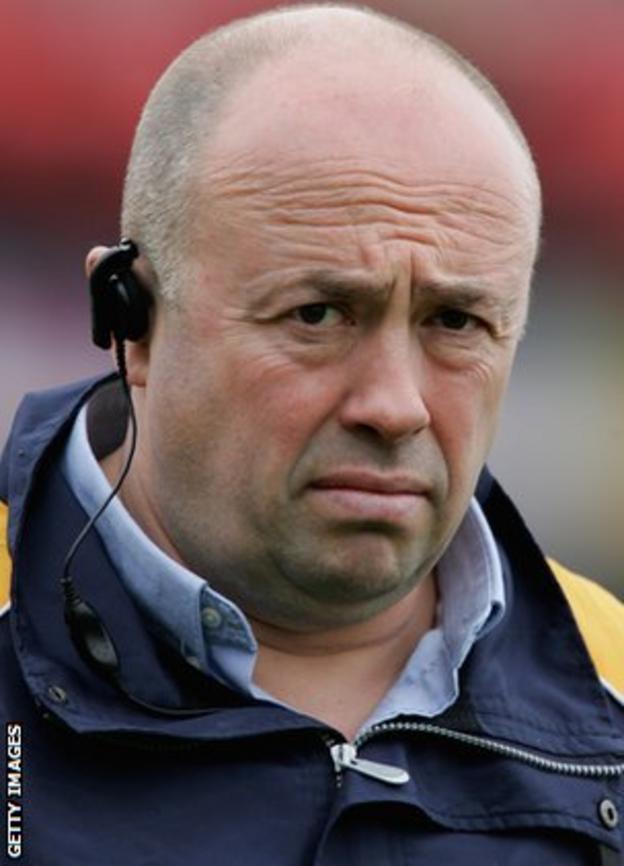 Tributes have been paid to Gloucester's John Brain, who died on Sunday aged 51.

Brain spent the majority of his playing career at Kingsholm, making nearly 300 appearances for the Cherry and Whites.

He was appointed assistant coach to Philippe Saint-Andre before becoming Worcester's director of rugby, where he achieved promotion to the Premiership.

Brain went on to have a spell as forwards coach at Bristol, before returning to Gloucester as a scout and then operations manager.

"It's a desperately sad loss for the Gloucester rugby community.

"He was a very intelligent person - a deep thinker. He had a big impact on Gloucester when he came in a scouting role.

"It's a significant loss of a close friend and he will be greatly missed."

"Much will be said about his contribution to his sport, but it was John Brain as a man, as an individual which impressed me most.

I'm sure all Glaws fans will be with us in sending our condolences to his family. Gloucester rugby owes a lot to John over the years.

"We worked with John for a good many years, he was a wonderful person who touched many peoples lives who played with him and for him.

"At the moment it's a very difficult thing to come to terms with.

"He was an incredibly funny person and it took a while to realise that, and you never quite knew when it was coming out, but when it did he was very funny.

"I can't reiterate how much he will be missed by the people who knew, and I can't imagine the pain his family must be in."

"John was a true legend of the Gloucester club, not just for his outstanding time as a player, but also for his two stints with coaching the club.

"He was a very switched-on character, he loved the club and cared deeply about it.

"The club's situation is irrelevant - what matters now is John's family.

"He was instrumental in our recruitment for the season ahead, and as a club we were looking forward to him having an integral role in the management systems in the next couple of years."

"As I turn in for the night my thoughts are with the family and close friends of John Brain. No words for how I feel right now. #RIP"

"I'm in shock. One of our Gloucester Team has passed away. God be with you bro. RIP John Brain."