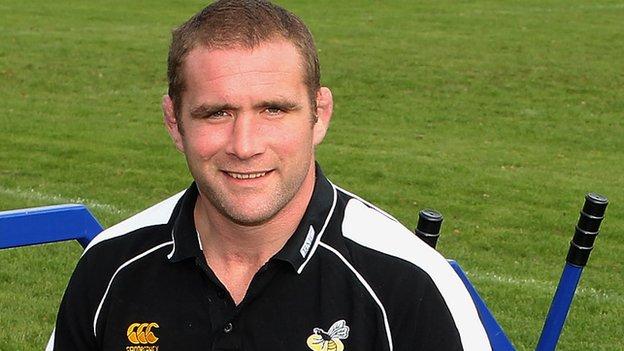 The former Gloucester and Wasps forward played for England 73 times.

It is the 36-year-old ex-Lions prop's first appointment since his retirement in 2010 with a serious neck injury.

This is a massive statement of intent from the Warriors

"I've had the chance to try out a variety of new projects since I retired," said Devon-born Vickery, who was a radio summariser during the World Cup last autumn.

"But rugby has always been my first love and I've kept in close touch with the game.

"I know Hilly well from my Gloucester days and I've worked with Phil Larder and Nigel Redman before, so it's a coaching team I feel very comfortable joining.

"Throughout my career I've always been driven to succeed and, with the Premiership as competitive as ever, it is important that everybody at Worcester pulls together to keep moving the club up the table."

After being persuaded to move to Kingsholm as a 19-year-old by Hill, Vickery played club rugby at Gloucester before moving in 2006 to Wasps.

The man known as 'Raging Bull' played in three Rugby World Cups, captaining England in France in 2007, as well as touring Australia and South Africa with the Lions.

"Phil's reputation in the game goes before him," said Hill. "He will give us huge technical knowledge and ability in the scrum, having only recently finished playing at the very highest level. He demands excellence and is a winner.

"When we first spoke he wanted to know what were Worcester's ambitions, were we determined, once and for all, to move up the league and be a powerful force in English rugby."

Vickery's appointment is expected to be followed by a new backs coach to complete Hill's support staff at Sixways, prompting speculation that the club, promoted back to the Premiership in 2011, will be looking be to do more than just concentrate on staying up next season.

"This is a massive statement of intent from the Warriors," added Warriors managing director Charlie Little. "We will go into next season with real optimism."