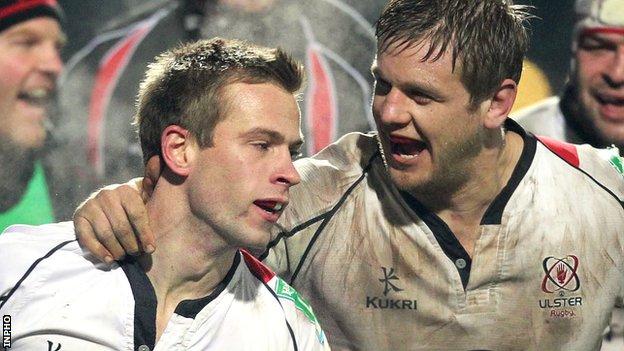 Ulster duo Paul Marshall and Chris Henry are among five players added to the Ireland squad for the three-match Test series in New Zealand.

Paul O'Connell remains a doubt because of a knee injury so Connacht's Mike McCarthy is added as cover.

Leinster star Ross is currently recovering from a hamstring injury while Tom Court's unavailability because of injury also opened the door to the Connacht duo.

A final decision on O'Connell's fitness will be made on Friday.

Stephen Ferris was ruled out of the tour on Saturday with Kevin McLaughlin drafted into the squad.

Boss had been ruled out of the tour because of a thigh injury and Marshall was confirmed as his replacement after coming on for his Ireland debut in the closing stages of Tuesday's defeat by the Barbarians at Kingsholm.

Ireland will play world champions New Zealand in Auckland on 9 June, with Tests in Christchurch and Hamilton to follow on 16 and 23 June.