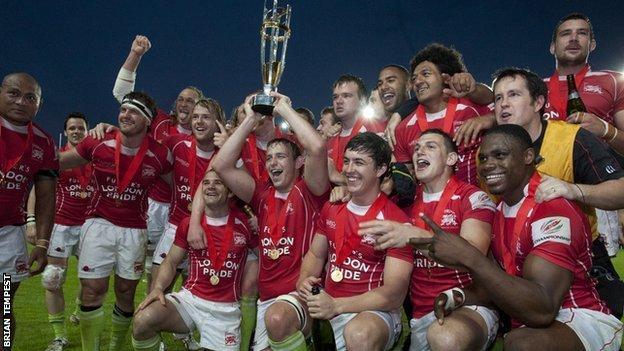 London Welsh sealed the Championship title and a chance of securing a Premiership place after beating Cornish Pirates 66-41 over two legs.

Welsh are now expected to take legal action over the Rugby Football Union's ruling that they are not eligible for promotion to the top flight.

An RFU report said the Exiles had not achieved the minimum standards criteria to go up but the Richmond-based side are expeted to explore "all possible avenues" to gain promotion after seeing off Pirates in the final. 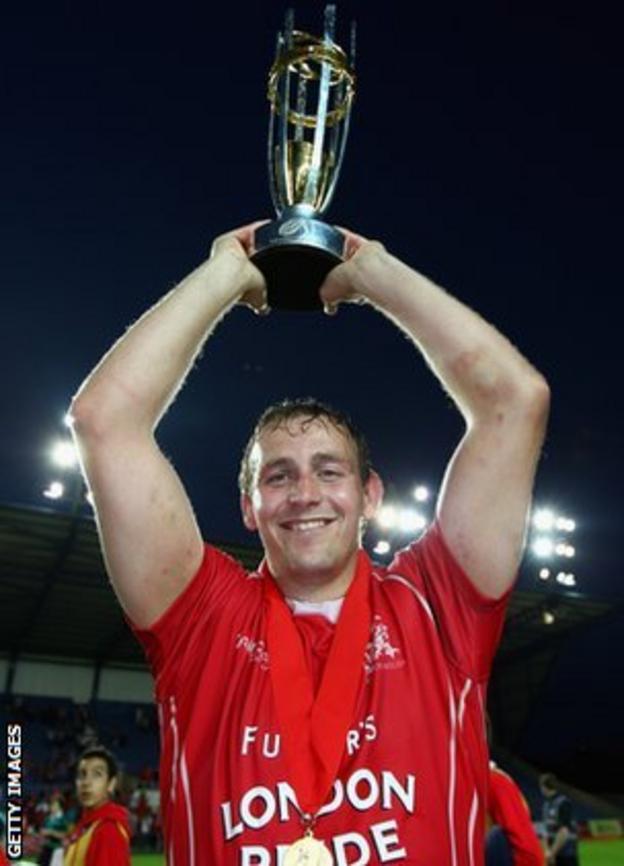 Having proposed to play their matches next season at Oxford United's Kassam Stadium, where the second leg of the final was played, an RFU statement said that not having primacy of tenure at their chosen ground was one of "various failures" in Welsh's promotion bid.

Three Premiership sides share grounds with football clubs; London Irish with Reading, London Wasps with Wycombe and Saracens with Watford, while Sale will share with Super League side Salford City Reds next season.

Having won at Pirates 37-21 last week, Welsh fought back from a seven-point deficit which threatened their first-leg advantage, to secure the Championship title having finished the regular season in fourth place.

Aaron Penberthy's drop goal had put Pirates ahead, Alex Davies then levelled for Welsh before Rob Cook's penalty and a second from Davies made it 6-6.

Evans gave Pirates a clear lead with the opening try of the match, picking up on a loose ball after Cook's punt forward bounced into open space deep in the Exiles' half.

Cook then added the extras before Davies failed with a penalty attempt on the stroke of half-time.

The Exiles fly-half was successful with his next two attempts with the boot after the break, closing the gap to one point and putting the hosts nine points ahead on aggregate.

Davies added a fifth penalty before Tonga'uiha, who had scored in the first leg, broke through the Pirates defence to touch down and Davies then added his first of two conversions.

Pirates responded with a consolation try as replacement prop Ryan Storer forced his way over after a scramble on the line before Cook added the extras.

But Welsh were not yet done as a fine move saw Ed Jackson feed the ball to Jack Moates, who crossed over to add the gloss to their victory.