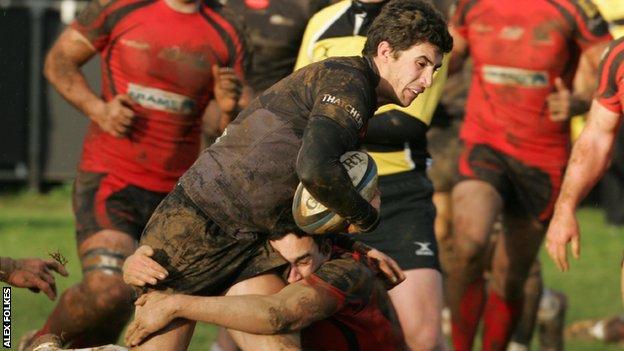 Rainsford was named as the new head coach at Launceston earlier this month after being part of the backroom team at the National Two South club.

"I would say we've kept the majority of the side, I'm just looking to add to it to give us an edge for next season," Rainsford told BBC Sport.

The Cornish All Blacks lost only two of their last 10 league games.

Rainsford says he wants to build on that end of season success, which saw them win their last five games in-a-row.

"We managed to put everything together and in practise for the last 10 games of the season.

"We're very mindful that we want to carry that on for next season."

Rainsford will be assisted by captain Tom Rawlings as he takes charge of his first campaign at Polson Bridge.

And he says Rawlings' experience and leadership will be essential to him doing a successful job.

"We've got some great players at the club, Tom is stepping up as my assistant and it'll be a massive help for me.

"I'm really looking forward to it, it's what I wanted to do, it's something I've set my sights on and I want to get it going now.

"There's four weeks until the start of pre-season and it can't come quick enough for me."