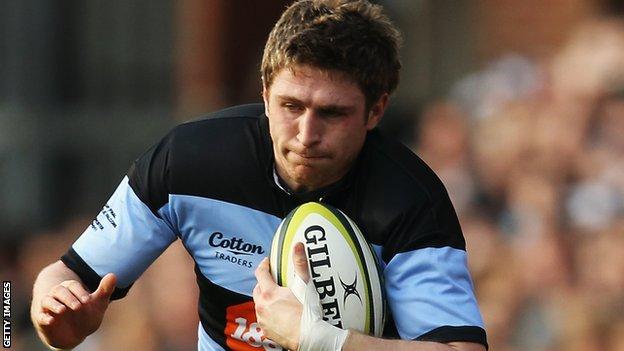 Five players have committed their future to Bristol for next season.

Pennycook and Eves made their return to the Memorial Stadium from Newcastle last season, while Towson was brought in on loan from Kingston Park.

Jones joined from Newport in January while Lilley has penned a permanent deal after spending time with Bristol on dual-registration from Bath.

Bristol were favourites for promotion this year and although they finished top of the table in the regular season, they lost out in the play-off semi-finals to Cornish Pirates.

But Eves, 23, who returned to his hometown club for his second spell in January, believes the disappointment will spur them on for next season's Championship campaign.

"It took us a week or two to get over it but all we can do now is look forward," he told BBC Radio Bristol.

"Everything is in place off the field but now we need to produce it on the field - we're looking forward to putting things right.

"It's made me more determined. I'm really enjoying it down here and I can't wait for the new season."

After struggling for game time with Newcastle, Townson, 25, opted to join Bristol in November with the aim of getting a continuous run in the side.

And his 17 appearances during his loan convinced Townson to stay in the West Country.

"I was getting a little bit frustrated in Newcastle with the lack of opportunities," he said. "As a player, you can do all the training you want but it's all about getting on the field.

"I came down here and Liam [Middleton, head coach] gave me the opportunity and I really enjoyed it.

"I really want to progress here and I'm learning a lot from Liam. Hopefully that will continue."