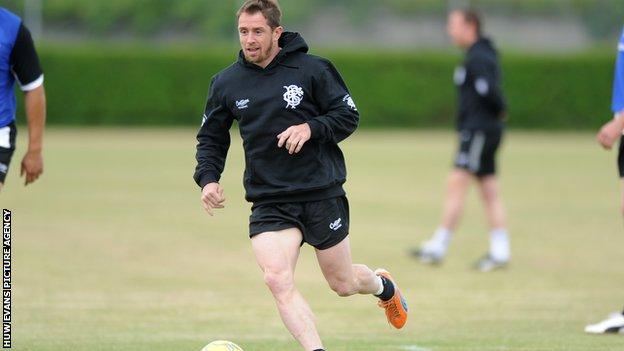 Shane Williams will make his rugby farewell for the Barbarians against Wales on Saturday.

The Ospreys wing, Wales's record Test try-scorer with 58 touchdowns, is then expected to retire from top-flight action.

It is strange but it is a fantastic way to finish

Mike Tindall and Casey Laulala are again paired together in midfield with 35-year-old Williams forging a powerful back-three alongside Mils Muliaina and Isa Nacewa.

The Barbarians lost 57-26 to England at Twickenham last weekend, but they recovered to beat Ireland by a point in Gloucester on Tuesday.

The invitational side beat Wales, who award caps for the fixture, in last year's corresponding game.