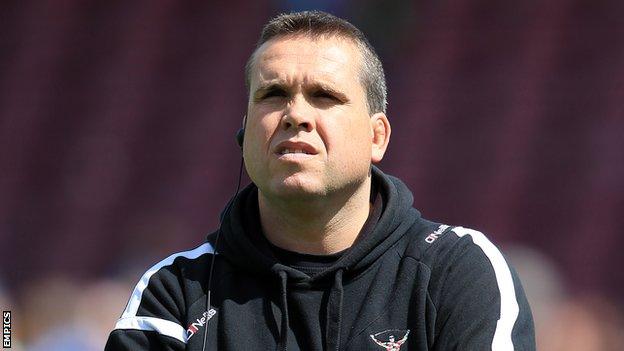 The 39-year-old will now stay at the Twickenham Stoop until the end of the 2014-15 season.

He said: "I feel as though I am developing and learning hugely within our first-team coaching environment.

"I am looking forward to helping us build on this season's successes and also continuing to develop Harlequins Academy players."

Quins director of rugby Conor O'Shea added: "Tony's contribution to Harlequins, both in developing the next generation of young players and his work with the first team, is nothing short of exceptional.

"I'm looking forward to working with him to develop us further as a coaching and playing group."