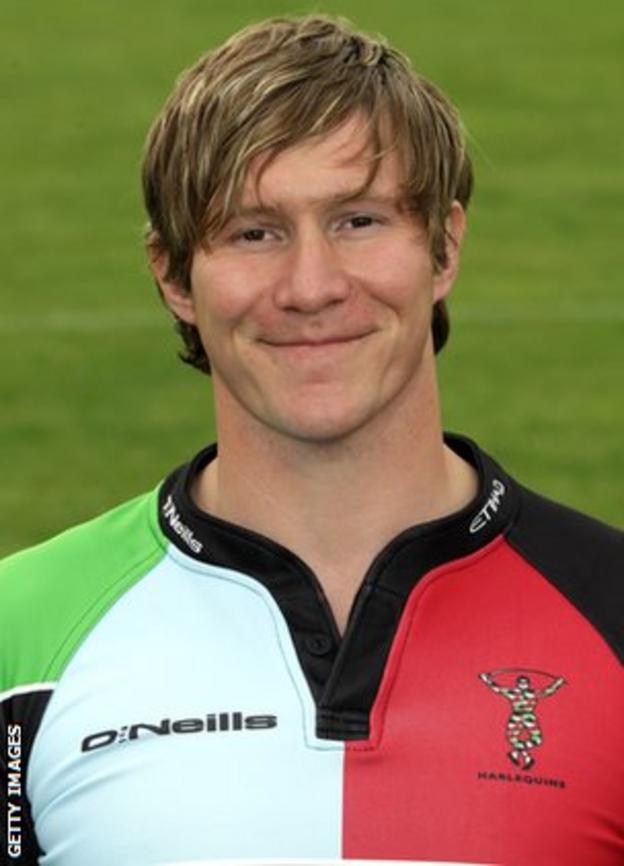 Ollie Smith says he is relishing the challenge ahead after being appointed as Esher's new head coach.

The former Leicester and Harlequins centre will be assisted at Molesey Road by Kris Chesney.

Smith, 29, told BBC Surrey: "It's an opportunity I really couldn't turn down. I'm very excited about it.

"It's a fantastic challenge for me. It's a little bit daunting in some areas but there's nothing better than jumping in the deep end."

Smith, who helped coach the Surrey club's backs last season, is aiming to implement a professional ethos at the club.

"It's about building on what [former coach] Mike Schmid has created," Smith added.

"I want to bring all the things I learnt at Harlequins and Leicester on the pitch and off the pitch.

"I'd like to create a level of professionalism at Esher."

Esher will compete in National League One next season following their relegation from the Championship, but Smith is hopeful of securing an immediate return should he attract the players he wants to the club.

"The idea this year is to try and gain promotion," he continued.

"It's more than possible with the recruitment and the players I'm looking at. It's about the style of players we're looking to bring in."