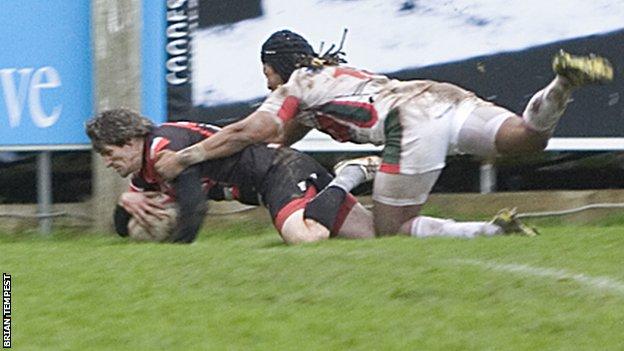 The Cornish Pirates have released a number of established players as they finalise their squad for the 2012-13 Championship season.

The club is keeping 17 of last season's squad while six new players will join the club.

"It's important to thank those who are leaving for the contributions they have made," said chief executive Rod Coward.

The 27-year-old has been with the club since 2004 but found his chances limited over the past season.

He started just nine games this season, and only one since January, and had

"A special thank you has to be made to Rhodri McAtee who has played nearly 200 games since joining the club," Coward said.

"We wish each and every one every success with their new clubs."

Among the other players to leave are who scored three tries in 16 starts for the club, and former Leeds fly-half Ceiron Thomas.

and South African prop Rudi Brits both started 10 games last season while winger Darren Daniel struggled with injury and only made two appearances.