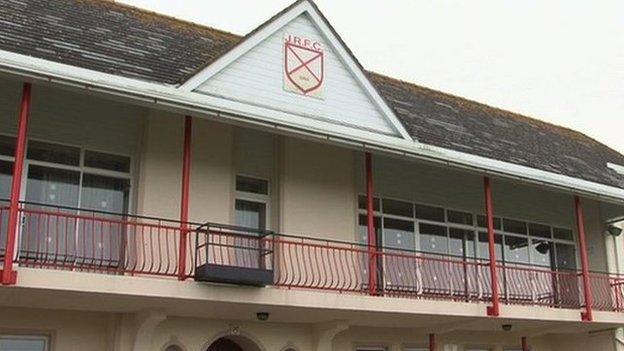 Jersey have begun work to build a new terrace at their St Peter ground as they prepare for their first ever season in the Championship.

The development, along with proposals to expand the club house and create overspill parking, has been approved by the island's planning department.

The terrace at La Rue des Landes end will give a standing area for up to 1,000 fans.

"Everything should be complete for the Leicester Tigers game [on Saturday, 11 August]."

Jersey attracted an average crowd of more than 2,100 at St Peter on their way to promotion to England's second tier.

With visits from Leeds, Bristol and Bedford Blues next season, attendances are likely to rise further and club officials are keen to make sure fans get a better view of the action.

"We've also done some work in front of the club house where we've moved the barriers forward to give quite a bit of space along there as well," Dempsey said.

"We're trying to make as much use of the space we've got as possible."