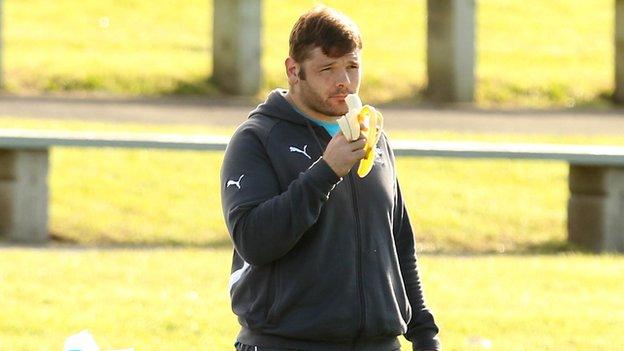 Mike Ross is Ireland's most serious fitness doubt ahead of Saturday's first Test against New Zealand at Eden Park.

The Leinster prop limped out of the Pro12 final on 27 May after suffering a small hamstring tear.

Ireland team manager Michael Kearney said on Monday that Ross is facing a battle to be fit for Saturday's First Test in Auckland.

"He hasn't trained fully and remains in some doubt ahead of the weekend," said the Ireland manager.

If Ross is ruled out, Ulster tighthead Declan Fitzpatrick and Connacht's Brett Wilkinson will be in contention to be drafted into the Irish front row.

Kearney had better news about Cian Healy and Sean O'Brien, saying that they are nearing full fitness.

"Cian trained fully today and is good to go.

"Sean O'Brien is continuing to rehabilitate well and he accelerated his rehab this morning. We are hopeful that he will be available for selection at the weekend."

The Irish are already without influential forwards Paul O'Connell and Stephen Ferris for the three-Test tour.

Ireland assistant coach Les Kiss believes New Zealand will be determined to re-establish Eden Park as a home fortress in their first run-out since they won the Rugby World Cup.

"It is going to be a fantastic series," said Kiss.

"We're playing the world champions, the best in the world bar none.

"We expect them to throw everything at us. They have a proud history at Eden Park."