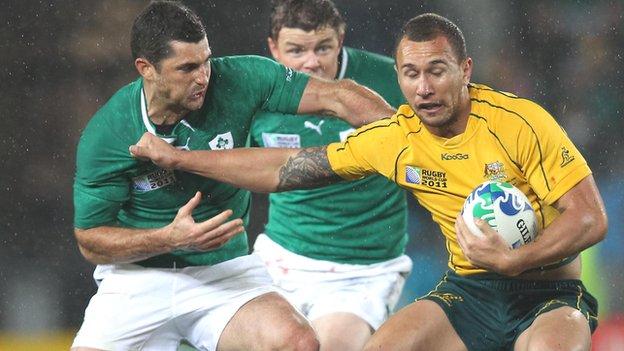 Ireland beat Australia 15-6 at the ground in the World Cup last September.

"We set a bar there in that game, a standard, and it is important for us to keep matching that," said Kearney.

"As players, we always believe that we can match it with the best teams in the world when we turn up and we play good rugby."

He added: "As a player and as a team, you have to believe that.

"There wasn't a huge element of surprise for us after beating Australia as a group of players.

"What's important for us is that we keep trying to reproduce that form.

Kearney believes there is no greater motivation than taking on the All Blacks in New Zealand.

"You're representing your country against the All Blacks in their own back yard," he said.

"I think that, as a professional player, if you can't get yourself fired up at that thought alone then you are probably playing in the wrong game."