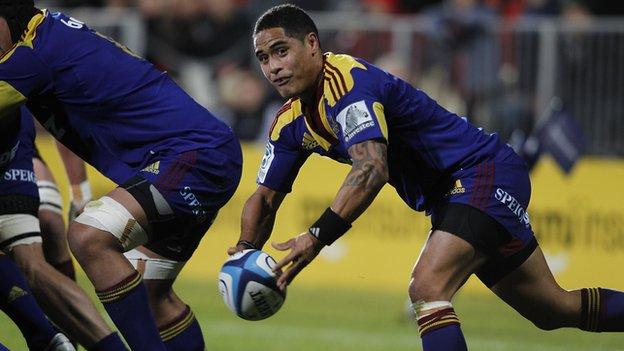 Smith is preferred to Piri Weepu at scrum-half and will have Dan Carter as his half-back partner at Eden Park.

Savea is named in the back three while coach Steve Hansen has opted for a powerful midfield partnership of Sonny Bill Williams and Conrad Smith.

Williams' inclusion at inside centre means that there is no place in the squad for Ma'a Nonu and the starting team has only seven survivors from the side that lined up in the World Cup final against France.

"The build-up so far this week has been good." New Zealand's coach Steve Hansen

Keven Mealamu, Cory Jane and Richard Kahui were not considered because of injury, Brad Thorn has gone overseas and the injured Jerome Kaino is soon to join him.

"We picked them [new caps] because they have all shown that they have special qualities which they now get the opportunity to show on the international stage," said Hansen, who moved up from assistant coach after Graham Henry stepped down following last year's World Cup.

"The build-up so far this week has been good. With such a short preparation time, we have focused on keeping things simple and bringing the team together."

Retallick will become the second youngest lock to play for New Zealand, having just celebrated his 21st birthday.

Carter, who was forced out of last year's World Cup after suffering a groin injury, will become the most capped All-Blacks fly-half in his 71st test in the number 10 role.

He has also played 15 tests in other backline positions.

A crowd of more than 40,000 is expected for the first of three Tests against Ireland, with the series continuing in Christchurch on 16 June and then Hamilton seven days later.

Replacements: H Elliott, B Franks, A Williams, A Thomson, P Weepu, A Cruden, B Smith.