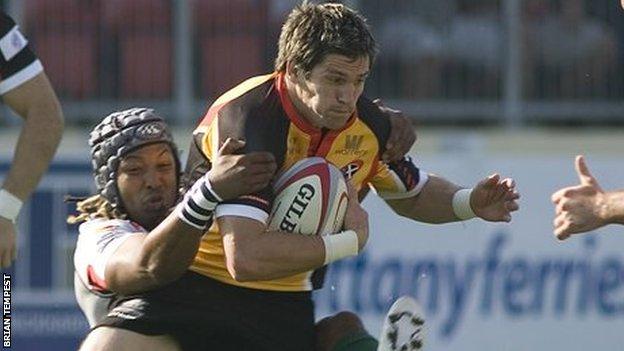 Plymouth Albion have signed wingers Rhodri McAtee and Tom Bowen ahead of the new Championship season.

McAtee, 27, spent eight years of his career at Championship rivals Cornish Pirates, before his release in May.

Coach Nat Saumi said: "Tom has been playing well at Leicester but needed more game-time, so was told to spend one season at a Championship club.

"We have given him a one-year contract, but there is a chance he could go back to Leicester afterwards."