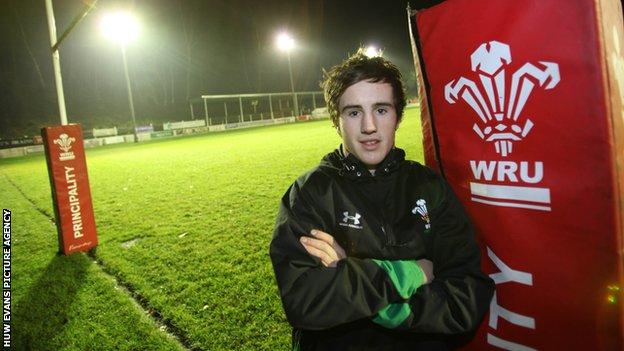 Wales Under-20 coach Danny Wilson has warned his side they face a "massive force" when they face the Baby Blacks in South Africa.

Wales U20 play New Zealand U20 in Pool A in Stellenbosch, before finishing off their Pool A games against Samoa.

"They are certainly a massive force at this level," said Wilson.

New Zealand U20 inflicted the heaviest defeat ever suffered by a Wales representative side in this tournament last season.

The Baby Blacks recorded a record-breaking 92-0 win over Wales U20 in last season's Junior World Championship in Italy.

Wales beat Fiji 44-18 In their opening Pool game on Monday, while New Zealand recorded a 63-0 win over Samoa.

"New Zealand are undefeated in the five years of this competition," said Wilson.

"They are certainly a massive force at this level, setting the tone as a team and as individuals. They were excellent against Samoa on Monday and brought on a very big, powerful set of replacements from the bench, most of whom are starting against us.

"The boys are really excited and looking forward to playing against the world champions.

"It's always great to play the best sides in the world, it really sets a marker as to where you are. Our players know they will need to dramatically up their game in order to improve on last year's result."

Wales U20 captain Cory Hill was forced to withdraw before kick-off due to ilness. His place in the starting line-up has been taken by Osprey Rhodri Hughes with Dragons lock Ieuan Jones coming onto the bench. Hooker Kirby Myhill will take over the captaincy.

Wilson has made six changes and one positional from the side that started against Fiji. Tom Prydie, who missed out due to a stomach upset, returns in place of Luke Morgan.

Centre Owen Williams is ruled out with a shoulder injury so Cory Allen comes in at outside centre, with Jack Dixon switching to 12.

Ellis Jenkins is the only change in the forwards, replacing Daniel Thomas on the openside flank.