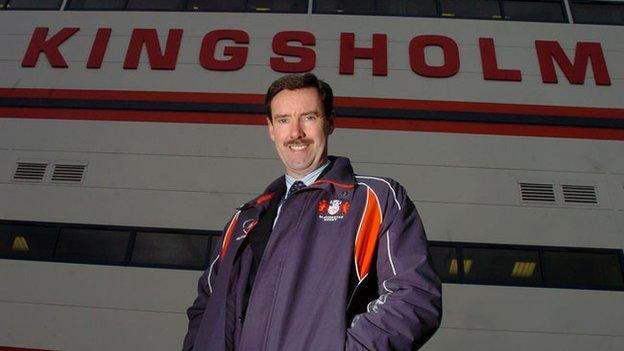 Gloucester managing director Ken Nottage has confirmed he will stand down at the end of July.

The 52-year-old, who has been at Kingsholm since 1999, is leaving to become chief executive of the Three Counties Agricultural Society.

He told BBC Gloucestershire: "It has been quite a difficult decision for me.

"It's been 13 seasons, which is quite some time, and I've been given the opportunity to go and do something completely different."

Nottage was brought to Gloucester from Newcastle United's Sporting Club by former chairman and majority shareholder Tom Walkinshaw, who died in December 2010.

During his tenure, Nottage has overseen the re-modelling of Kingsholm and the development of an effective commercial structure.

"His objective was to develop a club capable of winning trophies and standing on its own feet financially. And he has done just that.

"The Walkinshaw family and aboard are extremely grateful to him for his 13 years of hard work.

"We wish Ken all the very best in his new venture and look forward to seeing him back at Kingsholm where he can enjoy rugby as a fan."

Nottage's exit comes a week after the arrival of new head coach Nigel Davies, who was appointed following the resignation of Bryan Redpath in April.