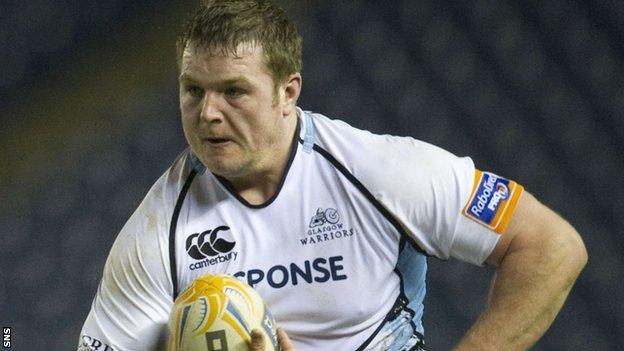 Scotland prop Jon Welsh has been ruled out of the rest of the tour of Australasia with a shoulder injury.

Welsh, 25, who was on the bench for the victory over Australia, has been replaced by Glasgow Warriors team-mate Moray Low.

Scotland head coach Andy Robinson said: "We are all disappointed for Jon who has trained well and been a popular member of the squad."

The Scots play Fiji next Saturday in Lautoka and face Samoa a week later.

Welsh suffered the injury during training and, following a scan, Scotland team doctor James Robson said it was decided the prop would take no further part in the tour.

"We are now making arrangements for Moray to fly out and he will join us in Fiji early next week," said Robinson.

Victory over Australia was Scotland's first win of the year and broke a sequence that had run to seven consecutive losses.