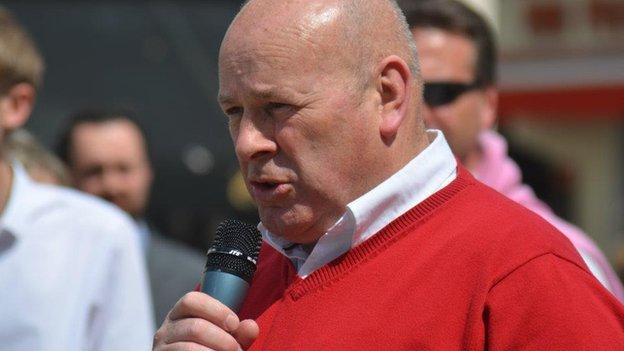 Jersey rugby chairman Bill Dempsey is hopeful the club will be able to avoid a relegation scrap in their first year in the Championship.

The islanders have been promoted four times in the past five seasons and will now do battle with the likes of Leeds, Bristol and Moseley.

"I hope we're in the middle or looking up," Dempsey told BBC Radio Jersey.

"Hopefully we're not fighting for our lives down the bottom but that will depend on how quickly the team gels."

Jersey will start life in English rugby's second tier with a home clash against the Championship play-off runners-up Cornish Pirates.

Dempsey admits the reality of the club's dramatic rise up through the divisions is now hitting home.

"I'm really looking forward to it and already there's a real buzz around the place when the fixtures come out," he said.

"I think we should be brave enough to see the whole thing as a fantastic challenge for us.

"I think we can cope and the guys who've come in the last couple of years have stepped up every year.

"There'll be very tough games and I think if we make a mistake we want a pat on the back, I think it's really important we get that support."

Meanwhile, Jersey are expected to confirm a number of new signings early next week when the players report back for the beginning of pre-season training.