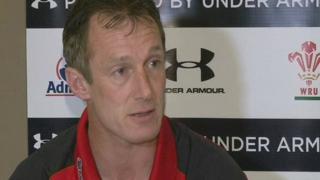 Delve has impressed playing Super 15 rugby in Australia this season for Melbourne Rebels, although the former Gloucester and Bath back-row has been linked with a move to Toulon in France.

Wales lost the first Test 27-19 to Australia in Brisbane last weekend and have a midweek fixture against the Brumbies before going to Melbourne on 16 June for the second Test.