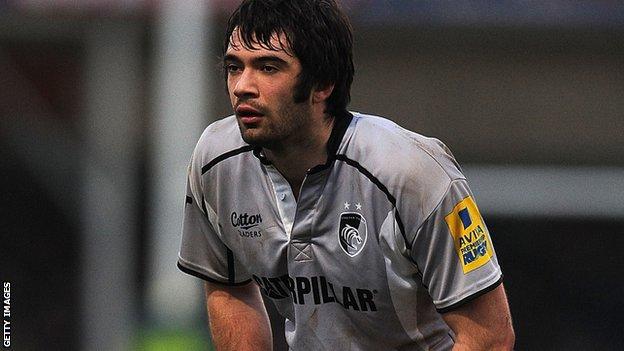 Jersey have announced the signing of six new players in preparation for their first season in the Championship.

Experienced hooker Steve Boden, 29, joins from Doncaster while centre Tom Cooper, who revealed earlier this month to BBC South West that he was moving to the island, has also been unveiled.

"I'm delighted to have six quality players joining the squad as we build towards the new season," said director of rugby Ben Harvey.

It looks like Ben Harvey is strengthening his forwards with a view to making a real effort to staying in the Championship.

Jersey will need to win a third of their games to retain their status in the league and I think a strong pack will ensure Jersey retain plenty of possession.

Ben Harvey has been canny in signing young players with potential rather than more established Championship names as they will be hungry to try and prove themselves on the big stage.

"I expect it to be a tough campaign at the new level and the aim has been to strengthen the squad.

"I've talked to a lot of players and agents over the past two months and have been able to secure some new signings of real calibre - not only are they very capable players, but they possess the right character traits to become real assets to the club.

"They will be working with all the retained players from last season, and I anticipate some stiff competition for places once the season is upon us."

Boden is the most experienced player joining the side having spent seven years at Doncaster where he played 25 times in the Championship last season and has played more than 150 games in the division.

Lock Dave Markham, 20, joins the club from Gloucester after coming through the academy set-up at Leicester Tigers.

He made one LV= Cup appearance for Leicester but has not played a game for Gloucester and spent last season dual-registered player for Cinderford and Birmingham and Solihull in National One.

Two other signings also played for the Bees in National One last season, 21 years-old prop McCarthy and 20-year-old scrum-half Dudley. The duo were also part of the Worcester academy set-up.

Barrington, 22, is a former Gloucester academy player who played for Hartpury College in their promotion-winning season in National 3 South West as well as playing for England Students and the Barbarians.

"I'm still talking to one or two more players, and hope to be able to finalise the squad before the end of June," Harvey added.