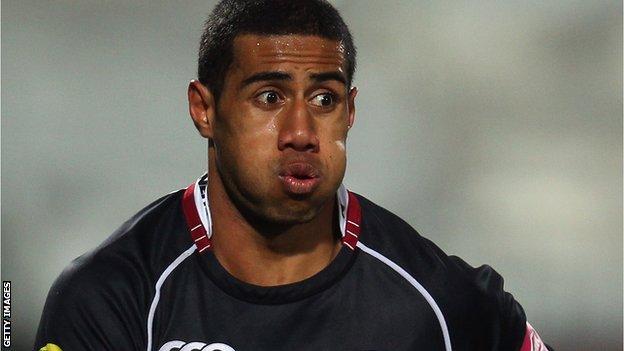 The 23-year-old, the brother of current Saints centre George, joins from New Zealand ITM Cup side North Harbour, where he has spent the last five years.

He made his international debut in Samoa's 20-18 Pacific Nations Cup win over Tonga last week.

Ken is fast and physical and has good rugby awareness and handling skills. He's also versatile and can slot into a number of positions

"Obviously the fact that George is doing well at the club made my decision easier," the versatile back told the club website.

"He's been enjoying his rugby and told me that the club is well organised with a tight squad, and everything that I've seen myself backs that up.

"I like to think that I'm an attacking player, so I think I'll fit into the style of play. The Saints like to use the ball and to attack and are an exciting team to watch.

"I want to fulfil my potential and am looking forward to doing that in the black, green and gold of the Saints."

"He is fast and physical and has good rugby awareness and handling skills.

"He is also versatile and can slot into a number of positions, which is important for us as we try to maintain a squad which can compete both in the Premiership and Europe while staying within the salary cap."