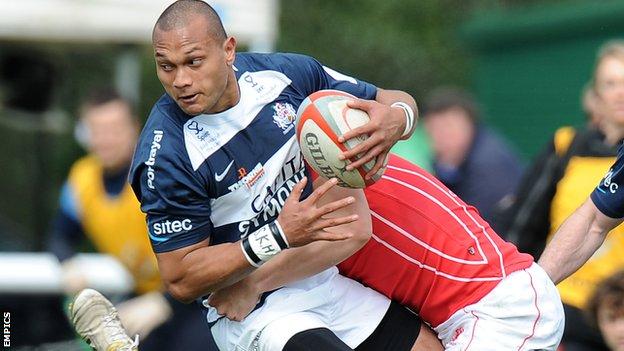 Winger Will Helu has decided against returning to Bristol for next season due to personal reasons.

The Tonga international, 26, had agreed a new contract at the Memorial Stadium but will now stay in New Zealand and take time out from the game following a family bereavement.

Helu joined Bristol in October and made 15 appearances for the club.

Gorvett continued: "Will is a gentleman and has conducted himself very well.

"When he came over last year he immediately fitted in really well. He contributed a lot to the club and it will be a real loss to us."

Helu said in a statement: "I want to say thank you to [head coach] Liam [Middleton], [academy coach] Matt [Sherratt] and the rest of the coaching staff for giving me the opportunity to be part of a great club.

"To the Bristol fans, thank you for the fantastic support. You are the best supporters I have had the pleasure of playing in front of."