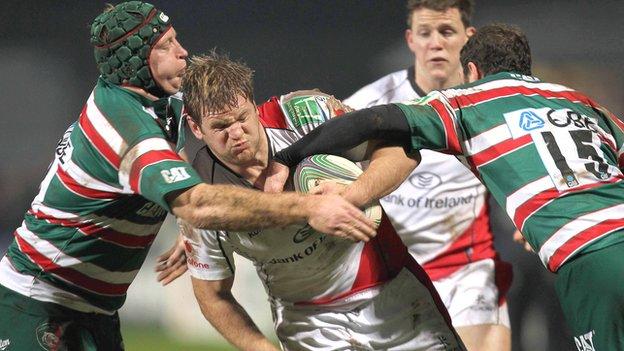 Ulster will play friendlies against Bayonne, Leicester and Newcastle ahead of the 2012/13 season.

The Heineken Cup finalists travel to take on French Top 14 side Bayonne on 9 August, as part of a five-day pre-season training camp.

Newcastle Falcons are the visitors to Ravenhill on 24 August, a week before the start of the league campaign.

The first RoboDirect Pro12 games are scheduled for the weekend August 31-September 2.