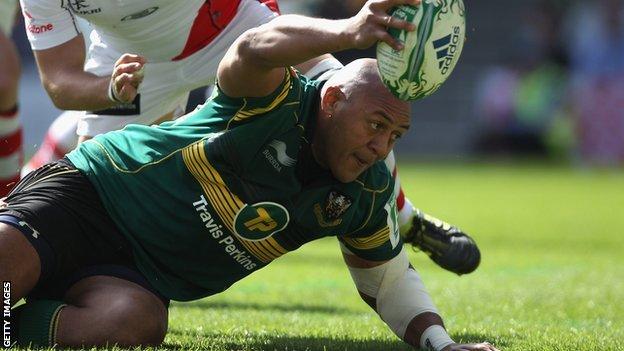 The governing body of England's top rugby union clubs has given notice of its intention to pull out of the Heineken Cup and Amlin Challenge Cup.

"The RaboDirect Pro12 is arguably less strong and every club qualifies. That doesn't appear to be very fair."

"What's more, if you were to look at what happens in the RaboDirect Pro12 competition and analyse the players that teams put out, the squads are able to rotate and take breaks in that competition, to some degree," added Robson.

"Teams can rest key players, so for a Heineken Cup match they draft in stronger players and they're fresh. They've largely played less than the English players so it makes it a tougher competition for us.

"We can look at the qualification process, the format of the competition - and not just for the Heineken Cup, [but] the Amlin Cup too.

"Ourselves and the French have served notice that we want to come out of the competition in its current format and we would like to start discussing the format of a different competition. But, ostensibly, it's the Heineken Cup and top European sides."

Saints are aiming to reach the Heineken Cup quarter finals for a third time in four years in 2012-13.

Northampton, the 2011 finalists, have been drawn in Pool Four against last season's finalists Ulster, Glasgow Warriors and Castres Olympique.

Ulster could field former Saints Number 8 Roger Wilson, while Saints have not faced Glasgow since 2005. It is the third successive season that Castres and Saints have been drawn in the same pool.

"I don't think there are any easy pools, but there could be a worse pool for us there," said Robson.

"We're going to fancy our chances against anyone on a home and away basis. We think we've got the ability to get a home quarter-final."