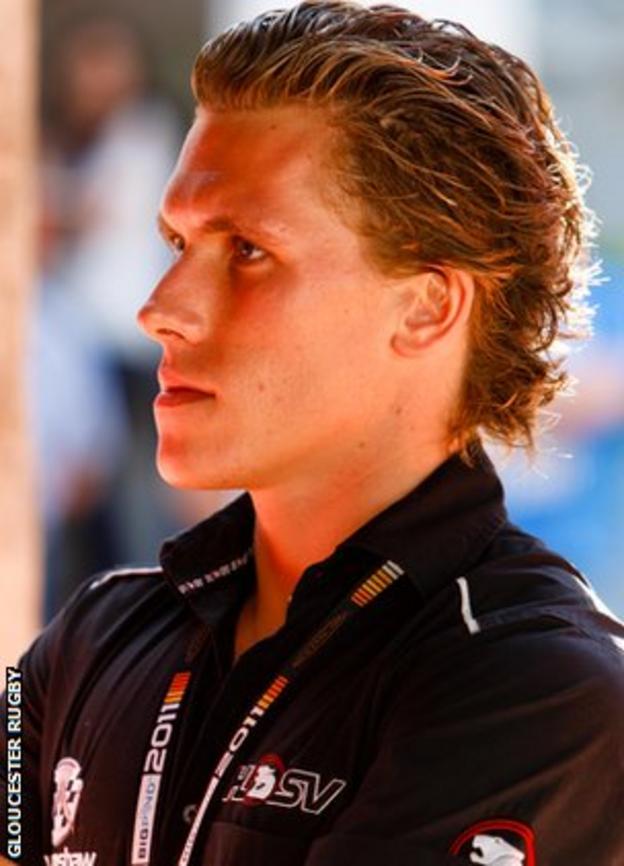 Gloucester co-owner Ryan Walkinshaw has been stepped up to become executive chairman at Kingsholm.

The 24-year-old takes over from David McKnight, who had filled the role since January 2011 when the Gloucester board was revamped following the death of Ryan's father, Tom Walkinshaw.

However, McKnight will stay on as a non-executive board member.

Walkinshaw told BBC Gloucestershire: "Fortunately, the club have deemed me worthy to come on board."

The reshuffle comes after managing director Ken Nottage announced he would be leaving the club after 13 years, to be replaced by finance director Chris Ferguson.

There has also been movement within the coaching staff during the close season, with Scarlets boss Nigel Davies appointed head coach following Bryan Redpath's resignation.

Walkinshaw continued: "It's been discussed over the past few months and we thought it was time to start preparing ourselves to move forward."

Former DJ Walkinshaw, who also looks after his family's motorsport businesses, took on a non-executive role following the passing of his father in 2010.

He will now be working for the club rather than in a consultancy role, and will be involved in the day-to-day running of the Premiership outfit.

"It's been a steep learning curve but hugely fulfilling and enjoyable," Walkinshaw added.

"It's been hard work and there's been a lot of things going on.

"But Ken's guidance has been invaluable to me. I couldn't have done it without him.

"He had ambitions to move on with his career prior to my father's passing and he postponed that to help me settle into this role.

"For that, I couldn't ever thank him enough."