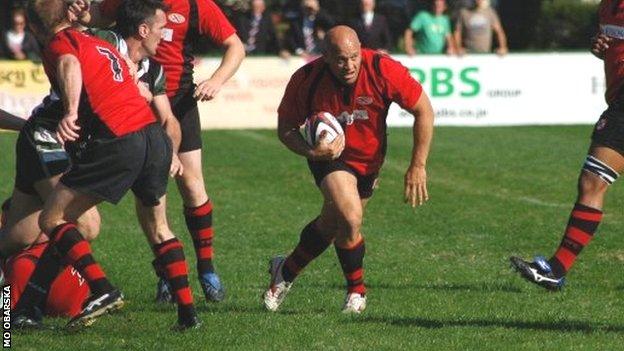 Former Jersey player Nathan Kemp believes the islanders can establish themselves as a leading Championship side within three years.

Jersey have been promoted four times in the past five seasons and are preparing for their first year in England's second tier.

Kemp, who is now a player-coach with Wimbledon, was one of the island's first professionals.

"I think they'll go from strength to strength," said the New Zealander.

I think they will stay up and get stronger and stronger

"It depends whether they keep building with the squad or keep bringing guys in in different areas."

Nine new signings have been confirmed so far for next season, including the re-signing of Talite Vaoileti who played with Kemp in the title-winning 2010 campaign.

Kemp captained Manawatu Province against the British Lions in 2005, and spent a year with Cornish Pirates between spells with Jersey.

Alongside his Wimbledon duties he is also head of PE at a London school, but has found time to keep an eye on the dramatic progress being made at St Peter.

"I actually think they'll end up being, maybe within the next three years, I'd like to hope a top four club," he told BBC Radio Jersey.

"The local boys will get used to the Championship level and younger guys will aspire to be in there. I think they will stay up and get stronger and stronger."