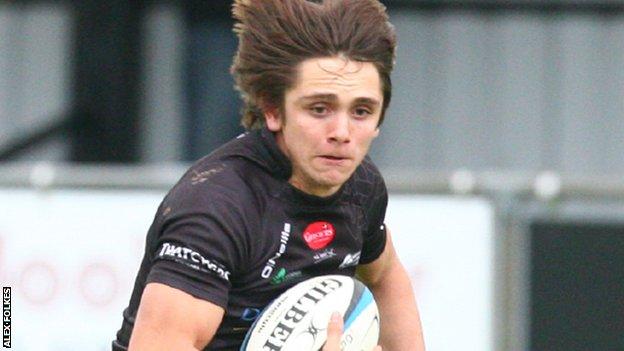 Teenage Launceston winger Aron Struminski is set to have trials with the Exeter Chiefs.

He also made a number of appearances for Exeter's 'A' team last season.

"Aaron's off to Exeter University and part of him going to there is that he will have some links with the Chiefs," said Launceston boss Cliff Rainsford.

"He came up through our second team and through to the first team and has gone from strength to strength.

"Perhaps if he's not getting game time at Exeter they could loan him back to us," Rainsford added to BBC South West.

Exeter head coach Rob Baxter says Struminski is one of a number of young players that the club will be taking a look at over the next month and says the youth coaches rate him.

"They like what they've seen so far and that's obviously encouraging with him and for us," said Baxter.

"A lot of these younger guys we look to bring in to an extended pre-season training and from there they have a chance to prove themselves.

"Whether that means they prove themselves and force their way into our senior academy group or beyond that is very much for them to do.

"The ball's in their court. We like guys who prove it for themselves a little bit and if they're good enough we have no problem picking them."