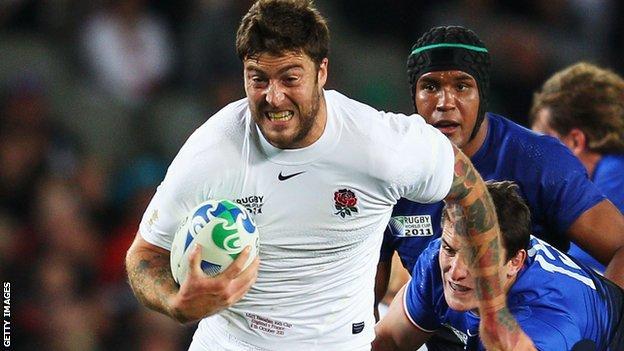 Bath winger Matt Banahan has not ruled out being on next year's British & Irish Lions tour to Australia.

The 25-year-old has not played for England since last year's World Cup.

And he admits it was hard to impress the England coaches as Bath had a disappointing Premiership season.

"To show what you've got to the England coaches when you don't get the ball is quite hard, so I can see why I wasn't selected, but it's frustrating, especially after a good World Cup."

He continued: "But sometimes you need little breaks to get that hunger back and hopefully coming into this season I'll be a bit better than I was last year because I've got that drive.

The Jersey-born winger has won 16 England caps and scored four tries for his country since making his debut against Argentina in 2009.

He featured in four of England's five Six Nations matches in 2011 and made three appearances as a replacement at last year's World Cup in New Zealand.

But since Stuart Lancaster took over the England side he has been demoted to the Saxons squad.

"We've got two people in the squad with a third just called up by injury, but in previous years we were five or six up because we were always in the top four," Banahan explained.

"It shows that when you're in the top four in the Premiership that you've got a far stronger position to be calling for England positions than when we finished eighth this year."