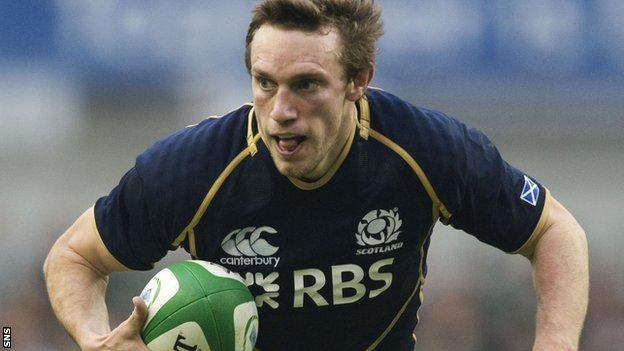 The 31-year-old left Edinburgh after 10 years at the end of the season.

Blair, who is set to win his 82nd cap against Fiji on Saturday, said a desire to move to the continent was key to the deal.

"I've never made a secret of my desire to play in France at some stage during my career and I'm delighted that it will be with Brive," he said.

"It's a lovely place with an incredible support and I'm really looking forward to meeting up with them after the Scotland tour.

"There were a number of considerations that I wanted to take into account for me and my family and Brive ticks a lot of the boxes that matter to us."

Meanwhile, new Edinburgh signing Ben Atiga has said that joining the club is like his career starting all over again after taking 18 months out from the sport.

" I really want to make my mark here," he said. "I feel like a little kid again as I am still learning who everyone is and what the competition is like. Its like starting over."

And Atiga also singled out playing in the Heineken Cup as one of the factors which attracted him to Edinburgh.

"The Heineken Cup is a big thing back home. The calibre of teams are among the best in the world so it's a chance to go out there and prove myself. It's a very refreshing challenge.