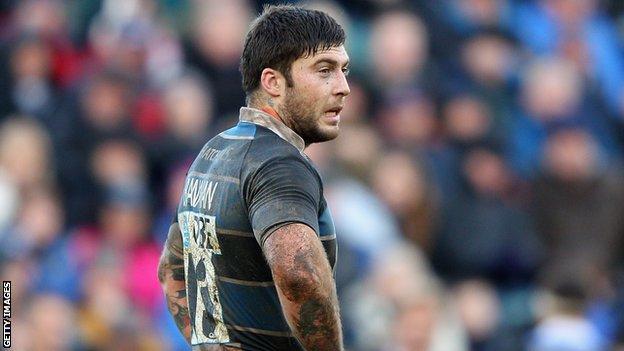 Before this season, the West country side had secured four consecutive top-five finishes in the Premiership.

But this term they stuttered under now former director of rugby Sir Ian McGeechan and finished eighth to miss on a Heineken Cup place.

"Everyone gave 100% but people weren't buying in to the full game plan," Banahan, 25, told BBC Jersey.

"Halfway through the season we knew two coaches [McGeechan and forwards coach Martin Haag] were going, while four guys retired and four players we knew were leaving.

"The coaches might not have committed fully to the squad."

And Banahan believes the club will prosper under their guidance.

"With that many coaches, no stone will be left unturned," he added. "It will push you as a player as you don't want to be found out or seen as lazy.

"It wasn't a good feeling after five years of finishing in the top four, to finish eighth. None of us want to have that feeling again.

"I think this year everyone is going to buy in to one game plan and hopefully blast teams away.

"It's what Quins did this year - the whole squad of 30 stuck to one game plan which lead them to the Premiership final."