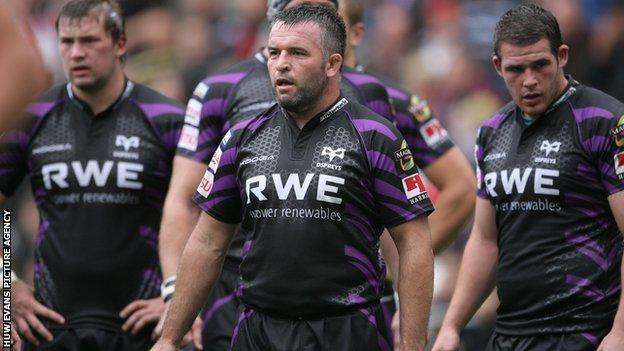 Former Wales hooker Mefin Davies has been appointed as the new coach of Welsh Principality Premiership side Swansea.

The former Ospreys hooker was part of the 2005 Grand Slam success.

"We are delighted to welcome Mefin to Swansea and know he will bring his considerable expertise to bear on the team," said Phil Llewellyn, the Swansea chairman.

Davies will link up with Swansea director of rugby, Richard Moriarty.

Davies has been one of a group of young coaches who have been identified by Ospreys over the last three years and who have been working behind the scenes at the Liberty Stadium.

The 39-times capped hooker played for Neath, Pontypridd, the defunct Celtic Warriors, Gloucester and Leicester Tigers before he returned to Wales with Ospreys in 2010.

"The Board looks forward to next season with a view to producing a strong competitive team which will include some new and exciting young talent and ask as usual for the support of their loyal supporters," added Llewellyn.

Davies will continue to work with Ospreys and his primary role will be to oversee the forward technical and tactical development of the youth and development squads.