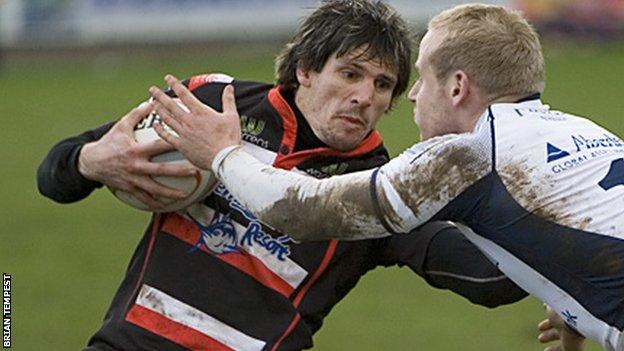 The former Welsh sevens winger was in talks to move to the Rec this summer after being released by Cornish Pirates before opting for the Brickfields.

"I wouldn't be surprised if within a few years time he'll be back in a Redruth shirt," Edwards told BBC Sport.

"You never know in the future, I don't know what he's going to do in the next two or three years.

"I wish him all the best at Plymouth and I'm sure he'll have an impact this year," Edwards added.

McAtee left the Mennaye this summer after eight years with the club and Edwards says he is a player that he has a good relationship with.

But he says he realises that McAtee still wants to play at the highest standard possible.

"I was at the Pirates when Rhodri joined so I've known him for a long time.

"He had a big impact when he played for Redruth on loan last year.

"Rhodri and I met quite a few times and after he signed for Plymouth we met again and I can understand he wants to play Championship rugby."