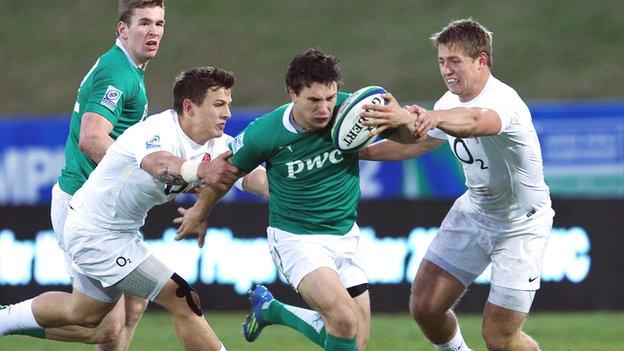 Ireland set up a fifth-sixth place play-off against France on Friday after beating England at the Junior World Championship in Cape Town.

Tries from Barry Daly and Iain Henderson helped the Irish into a 17-0 lead at the break.

Henry Slade scored a late English try as Ireland ensured their best ever finish at a Junior World Championship.

It was revenge for the Irish after losing 20-15 to England in the group stage.

England will take on Australia in the seventh-eighth place play-off at Cape Town on Friday while Ireland will play France at Newlands.