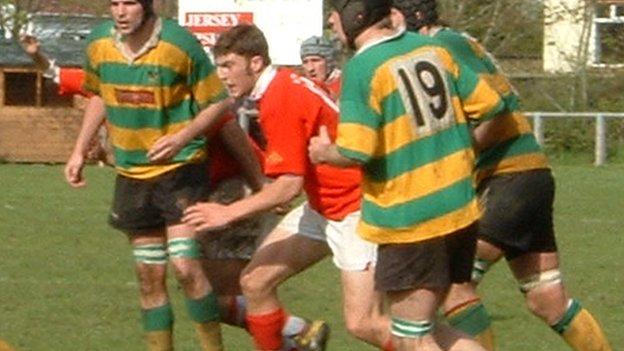 England international Matt Banahan has backed Jersey to succeed in their first season in the Championship.

The Jersey-born Bath winger began his career at the island club when they were in the London leagues.

And the 25-year-old has been impressed by what director of rugby Ben Harvey has achieved at St Peter.

"I think they're far stronger than a lot of the teams that finished around mid-table to bottom-of-the-table in the Championship," he said.

Banahan, who was back in the island for a visit to see his family, told BBC Radio Jersey the club had an innovative approach and self-belief which should stand them in good stead in the years to come.

"They've created their own brand of training and playing and that's what's got them four promotions in five years," he added.

"This is another massive step up into this league but they're going to have all the support of the island behind them.

"Ben's done really well with the squad he's got and the squad will only get stronger and stronger.

"With the confidence that's going through the team and the rugby club that's what comes out on the pitch."