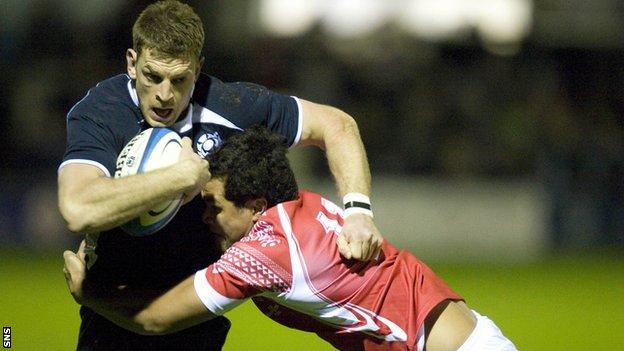 Scotland will play Tonga at Aberdeen's Pittodrie Stadium on 24 November with a 1500 GMT kick-off, Scottish Rugby have announced.

Andy Robinson's side are preparing to face Samoa in Apia at the weekend having beaten Fiji last Saturday.

Scotland will also face New Zealand on 11 November and South Africa on 17 November, both at Murrayfield.

Head coach Robinson said of the Tonga visit: "It's tremendous to be returning to Aberdeen. There's a passion for the national team in the north-east of Scotland which was very evident when we played Samoa two years ago.

"I know the lengths supporters go to travel to Murrayfield for matches and I firmly support the initiative of the national team taking the game to other parts of the country when we can."

Scotland have played at Pittodrie three times in recent years - in a non-cap game with the Barbarians in 2005, against Canada in 2008 and Samoa in 2010 - and were undefeated in those fixtures.